I had bought Nexus 4 with two objectives in the mind. One that I wanted a core Google experience and secondly that the Ubuntu Touch OS could be installed on Nexus 4 hardware. Initially when the phone was new I was afraid to experiment and play with it so I kept avoiding the installation of Ubuntu Touch developer preview as it was unstable and I did not want to take associated risk of bricking my phone. But my recent screen replacement gig gave me enough confidence to finally go for it.

Installing Desktop OS for Mobile OS
So first I decided to install Ubuntu Desktop OS on my Laptop. I thought it would be way easier than setting up the prerequisite environment on Windows OS. Initially I thought of dual booting my laptop using wubi But I found out that it is not supported with the latest version of Ubuntu. So I decided to do it using a bootable USB drive. I made the bootable disk using LiLi USB Creator software. Things were going fine but somehow I was not happy to go so far for the ulterior motive of installing a mobile OS.

So finally decided to go for Virtualization. It is a process where you create an illusion for a Guest OS (created by Virtulization software) that it is running on a real machine. To achieve this I used Oracle's VirtualBox software.


Installing Mobile OS (Summarizing the Guide below)
Once you have Ubuntu OS you would have to
Installing these packages provides two important tools-
Take backup of your device with adb command.

Unlock the Android device
If you want a specific image of Ubuntu Touch then choose a specific channel.

Post Installation Experience
I just started the process of installation, waited for some time and then went to sleep. Suddenly I woke up with curiosity after few hours to check if it was complete. And there it was. Ubuntu was installed. I used it for couple of days but really didn't like it and craved for Lollipop 5.0 again. So I thought of taking few snapshots for this blog entry and get rid of it.

Searched for the technique of taking snapshots in Ubuntu and was not able to find anything after a long search. So finally had to to do it using $ phablet-screenshot command from the desktop terminal.

Few snapshots are shown below-

Swiping from left brings up the unity launcher menu to launch pinned apps. It is like the menu bar we have experienced in Ubuntu Desktop OS as well. Then we have a standard lock screen. Swiping all the way from Right to Left brings up the home screen again. Bottom swipes are meant for contextual menus. 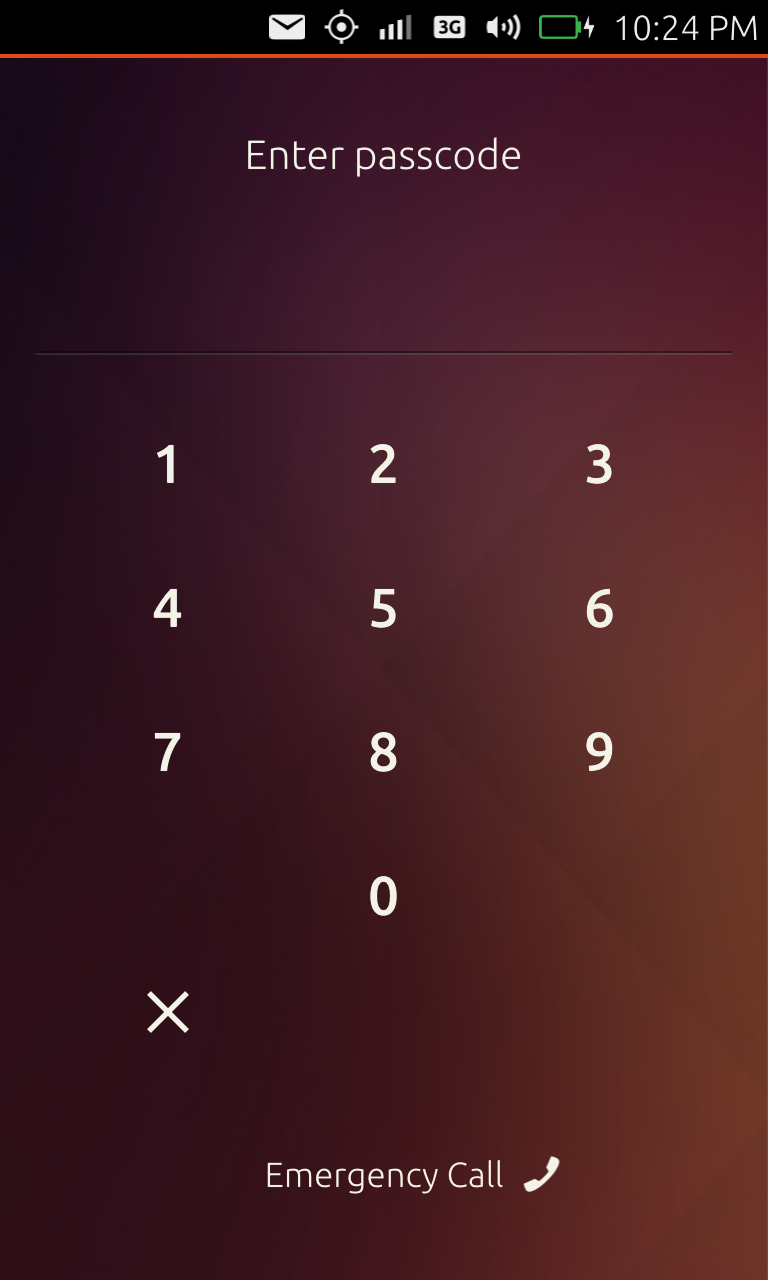 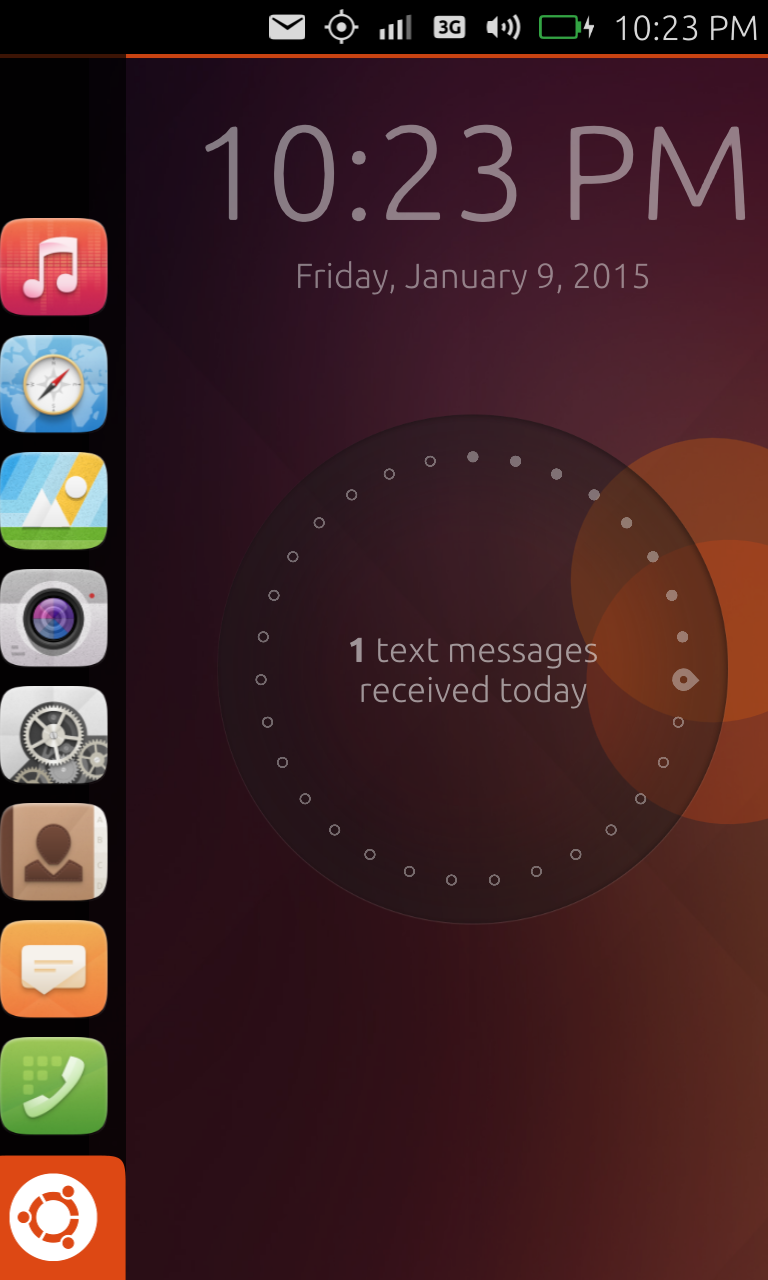 This is the home screen divided into panels and sections. All the apps can be accessed from here. Which is of course convenient as you have the combination of home screen and app drawer merged together, but it does not look like a home screen. Home is place where you come to breath, rest and get ready for quick decisions again. I missed the "home" with useful widgets on it. Wished the same in iOS as well. But that can be a personal choice. 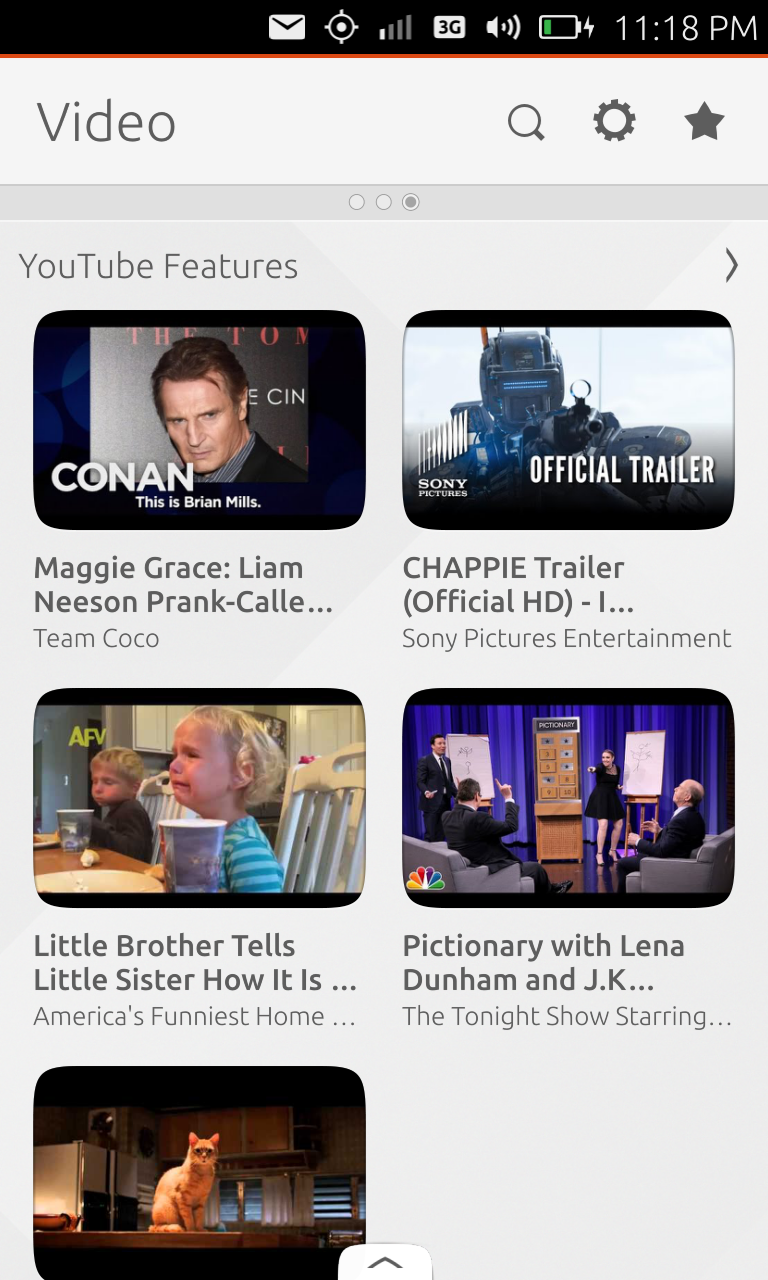 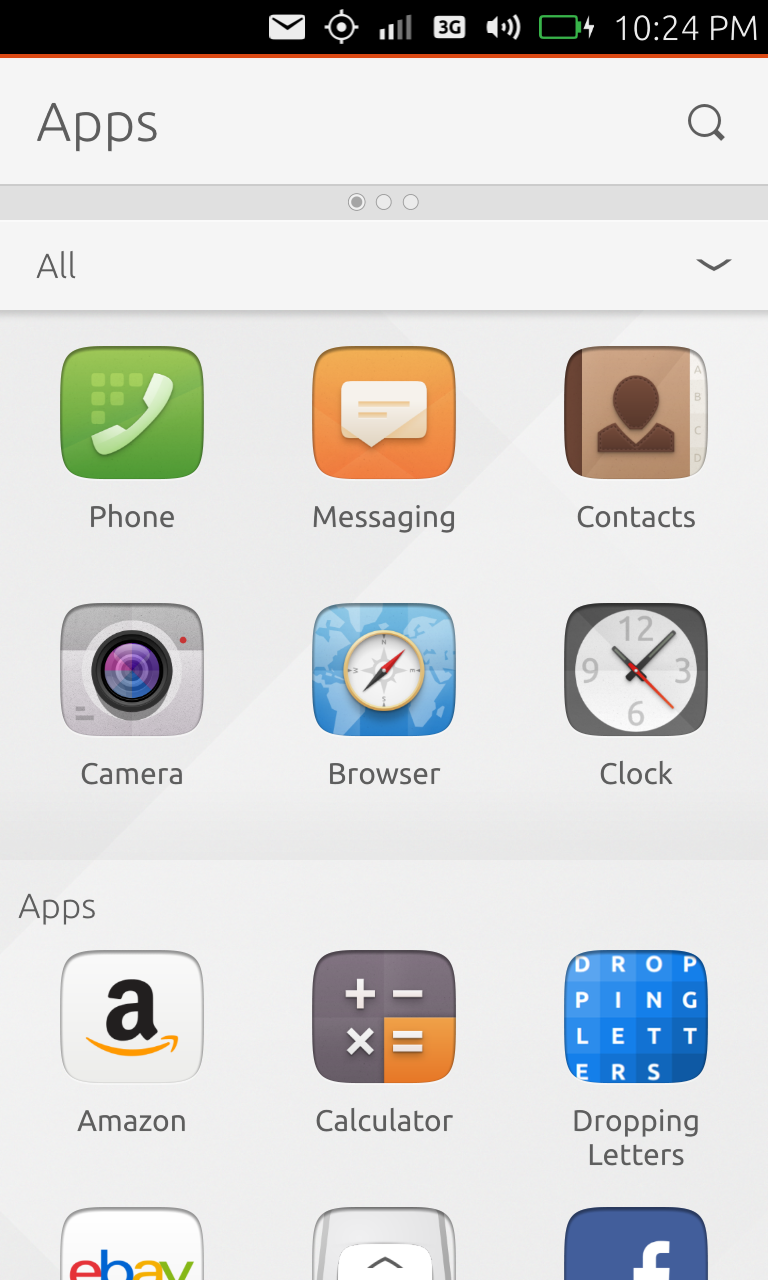 There should have been ways to connect to my favorite music and video providers and only for the selected services I should have been able to get suggestion in the Video/Audio tabs. By swiping down from these tabs you can see an alternate view to toggle between apps, music and video scopes. Currently the scopes are limited and cannot be customized but that can be taken care by software update. 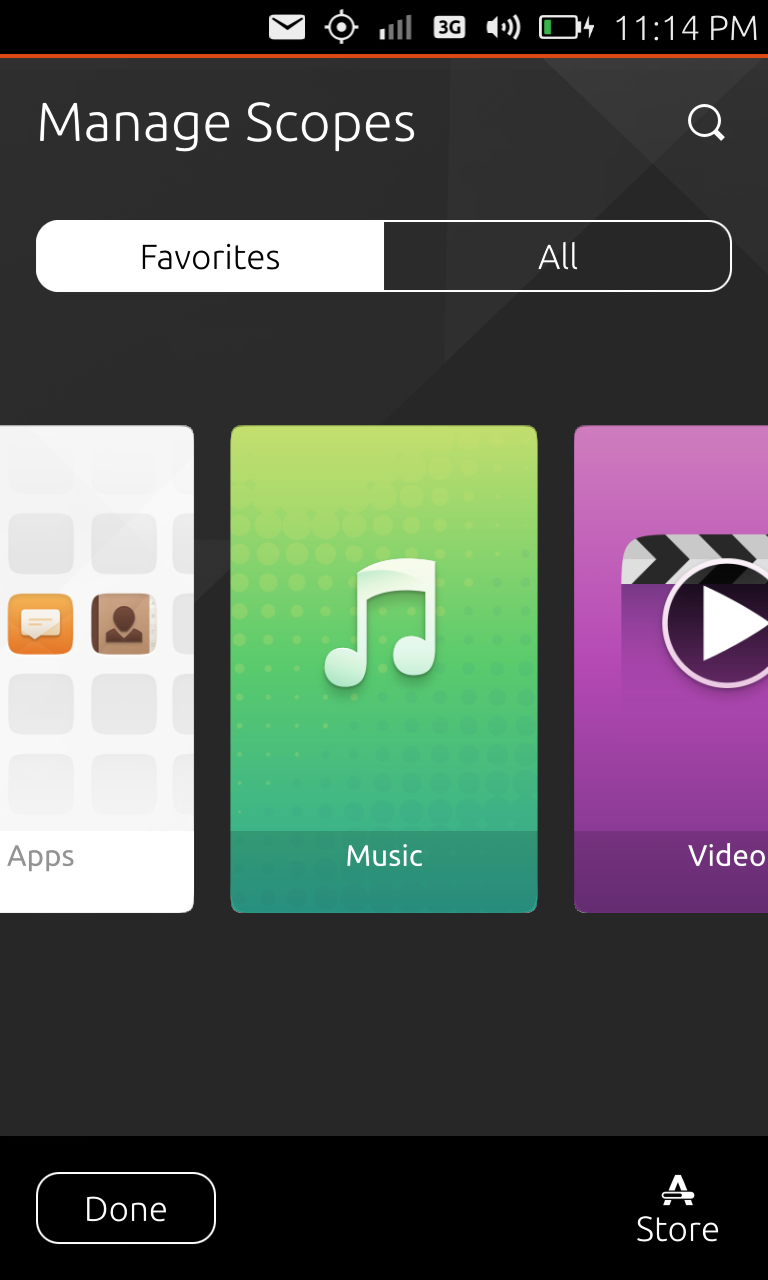 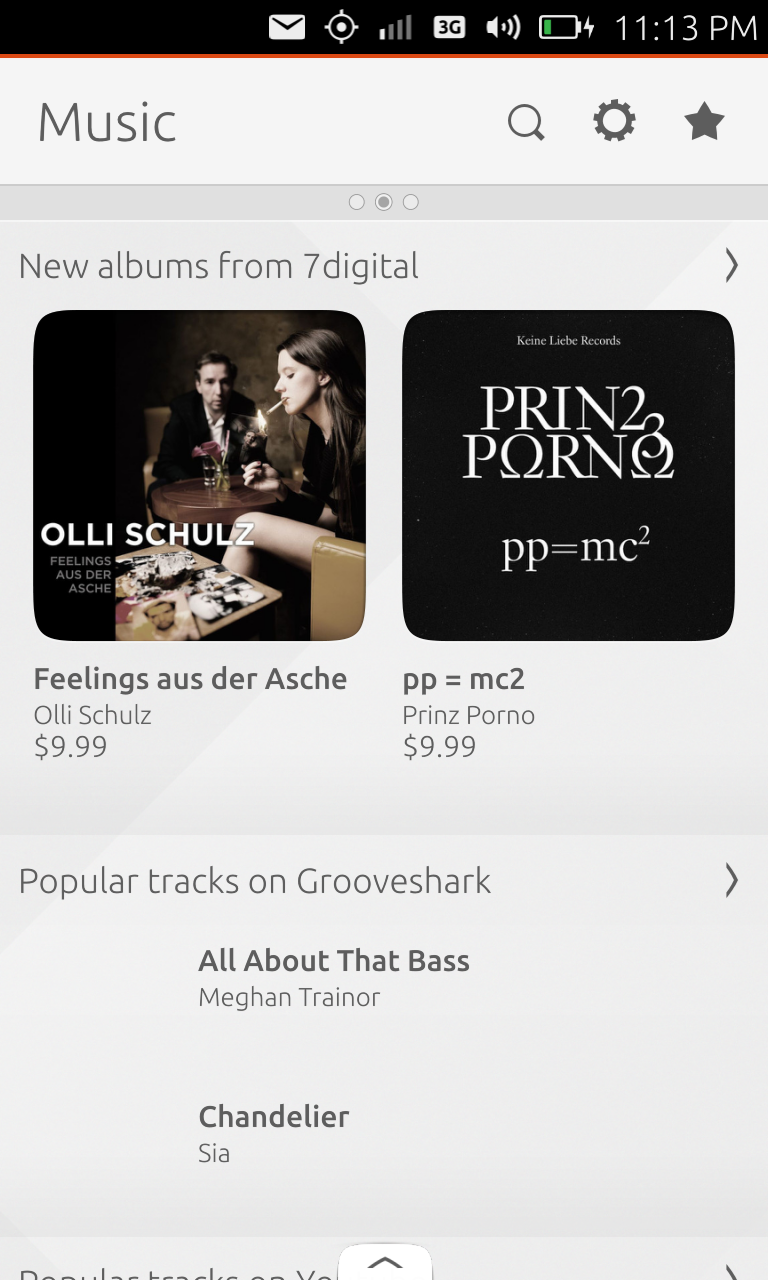 It has a standard dial-er and it still has to go a long way to match up to the work that its counterparts have done. But it was quite convenient to import the contacts by connecting my Google Account in settings. Camera app is quick and responsive. I was able to got decent shots from it. 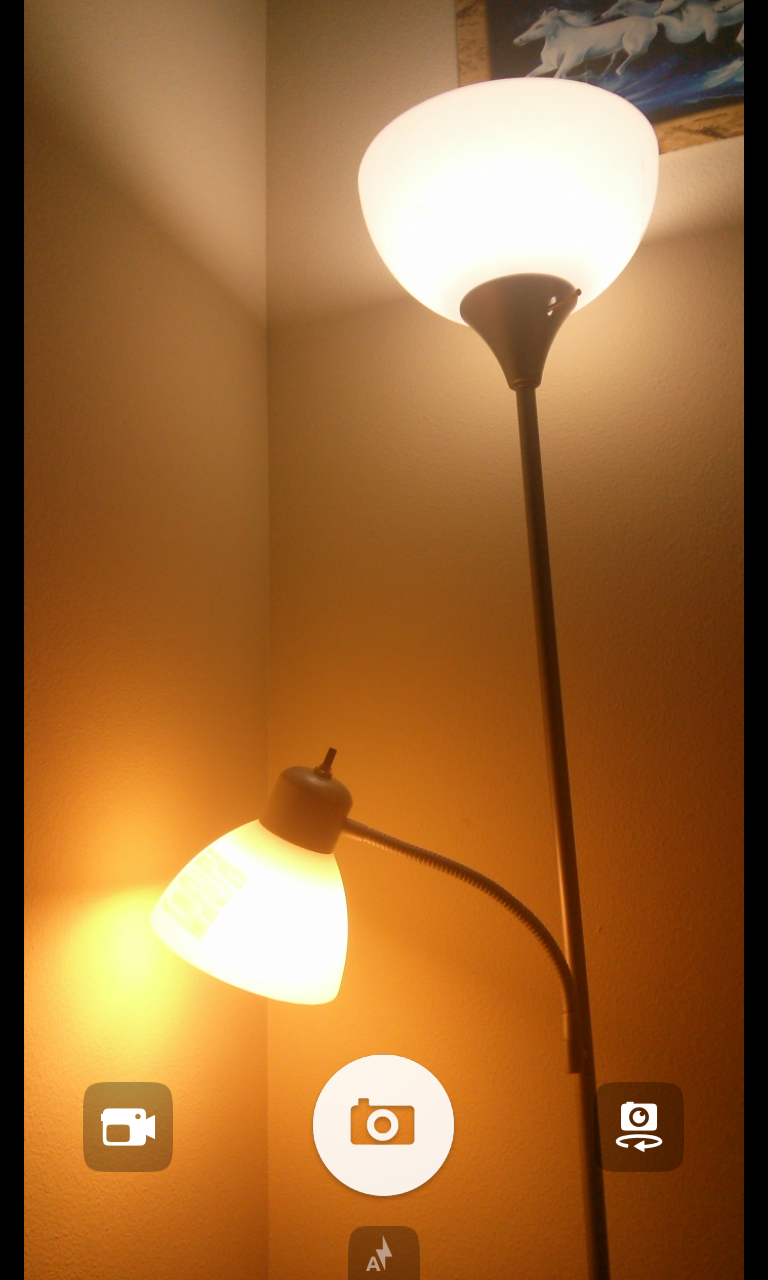 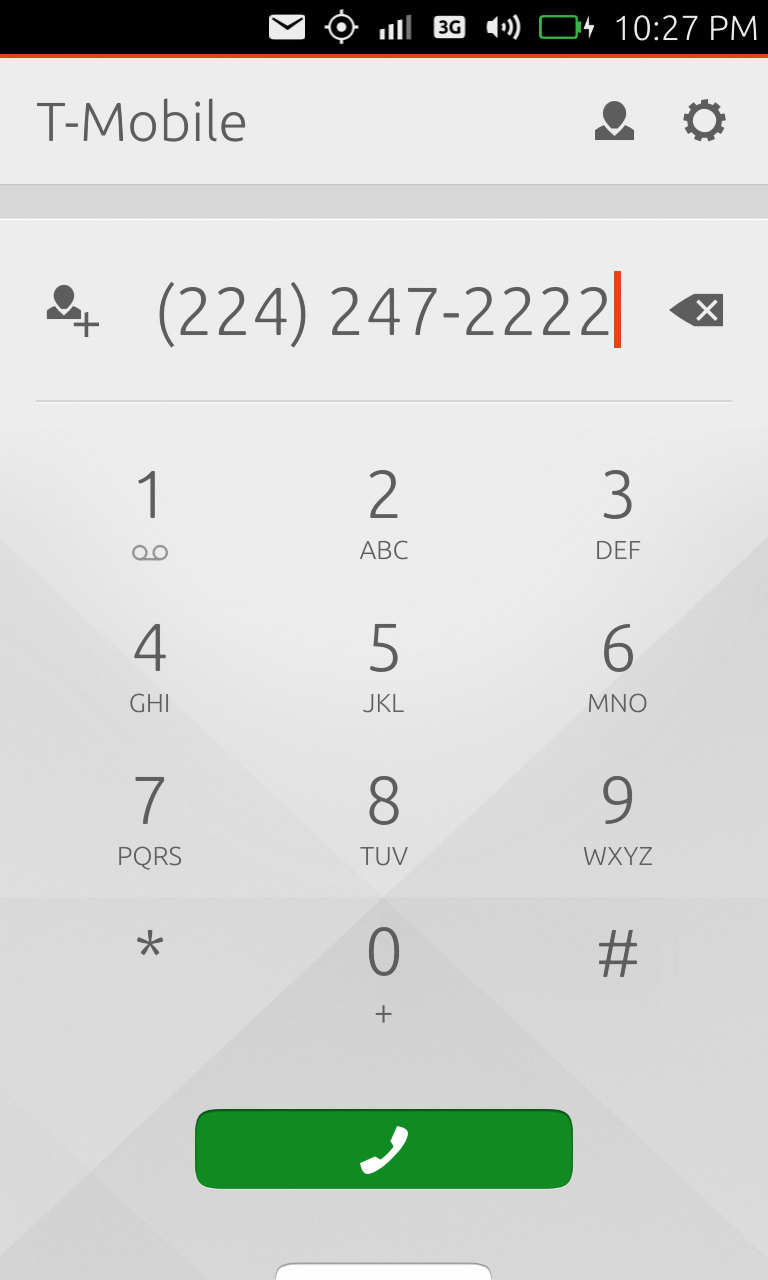 Gallery presentation is unique. Basic clock settings. I had few issues to set the timezone. It kept crashing for me. 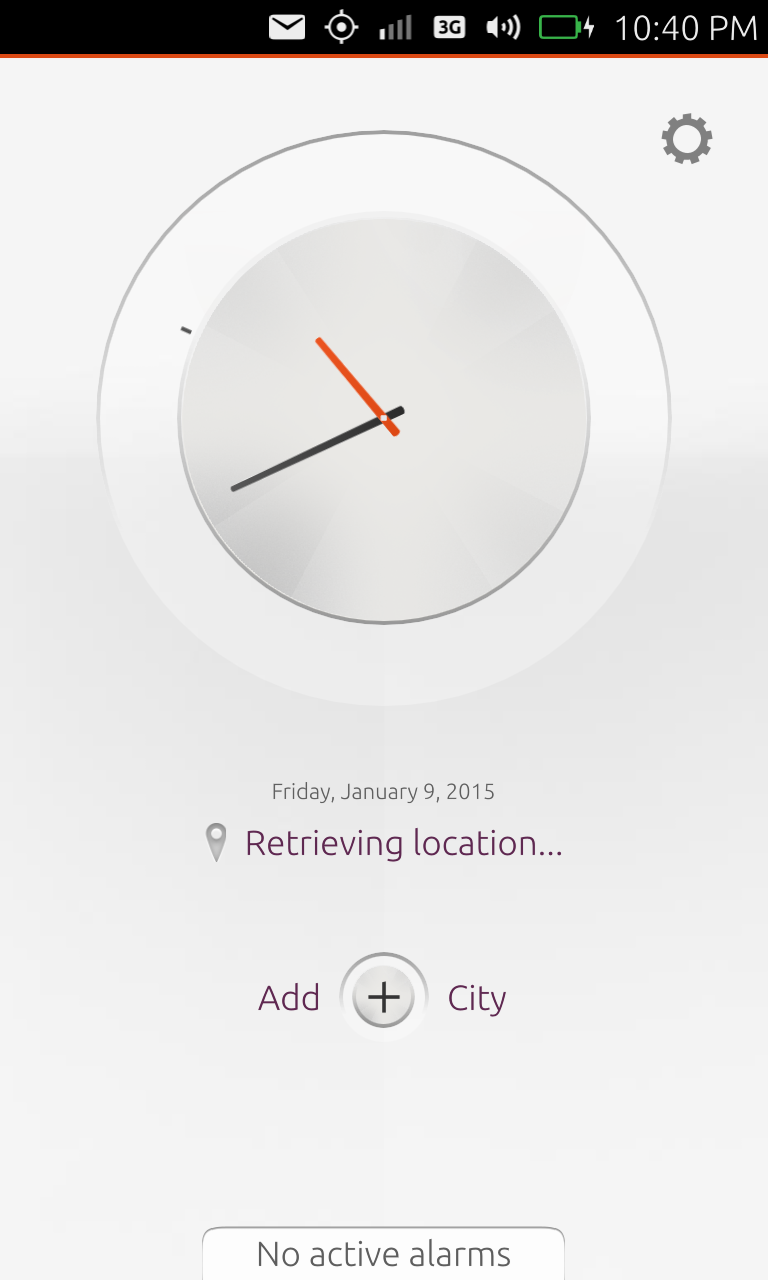 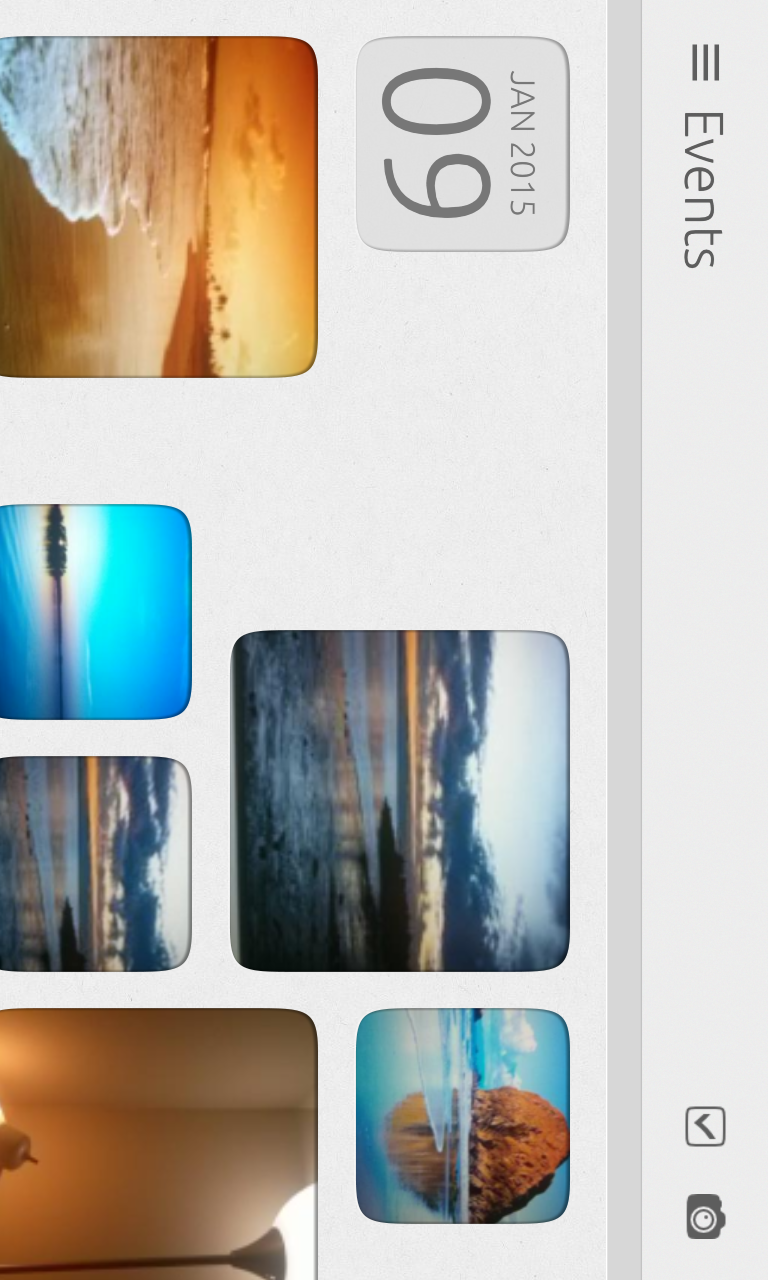 Before the notification panel is pulled down all the way, we can move the finger horizontally in either direction to select from among the different options. It is one of the best features of Ubuntu Touch. It is quite intuitive and easy to use. We can swipe from the right to switch between applications and if we hold along with right swipe we would see an app switcher. Other than home screen you can close all other apps by flicking up. 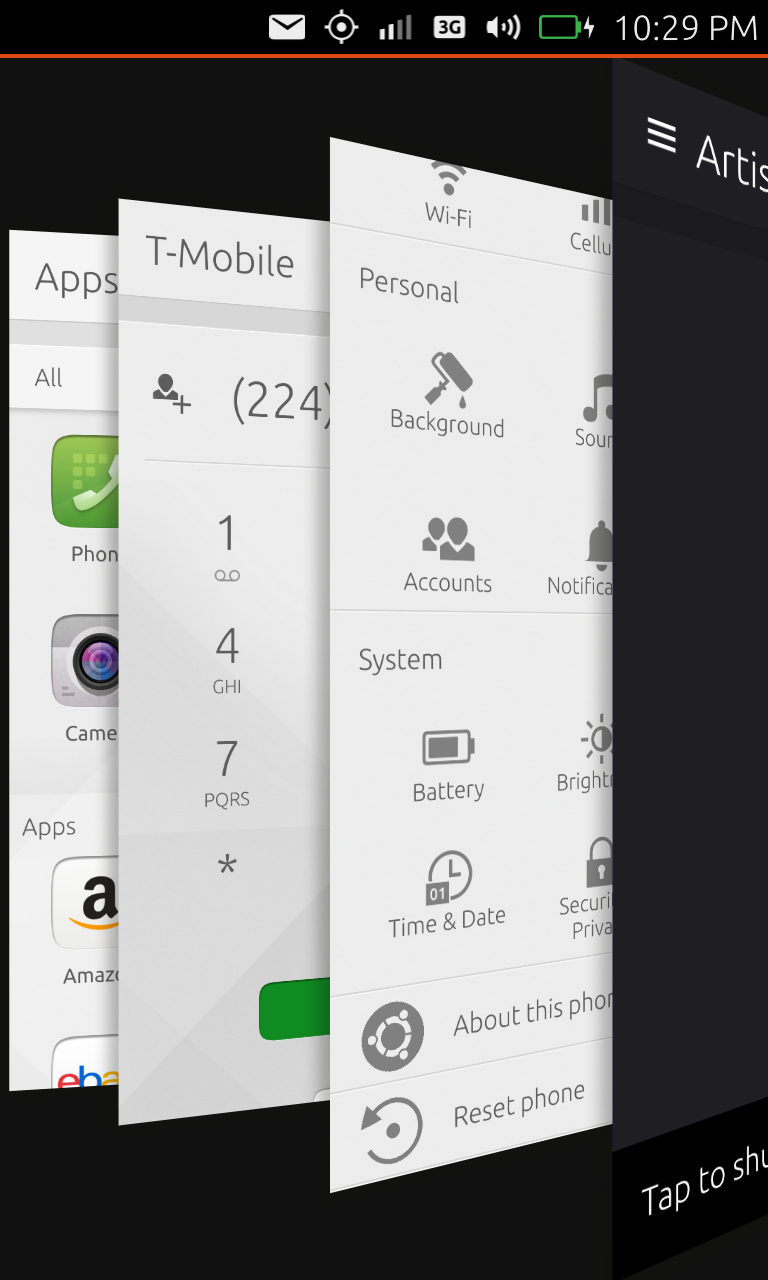 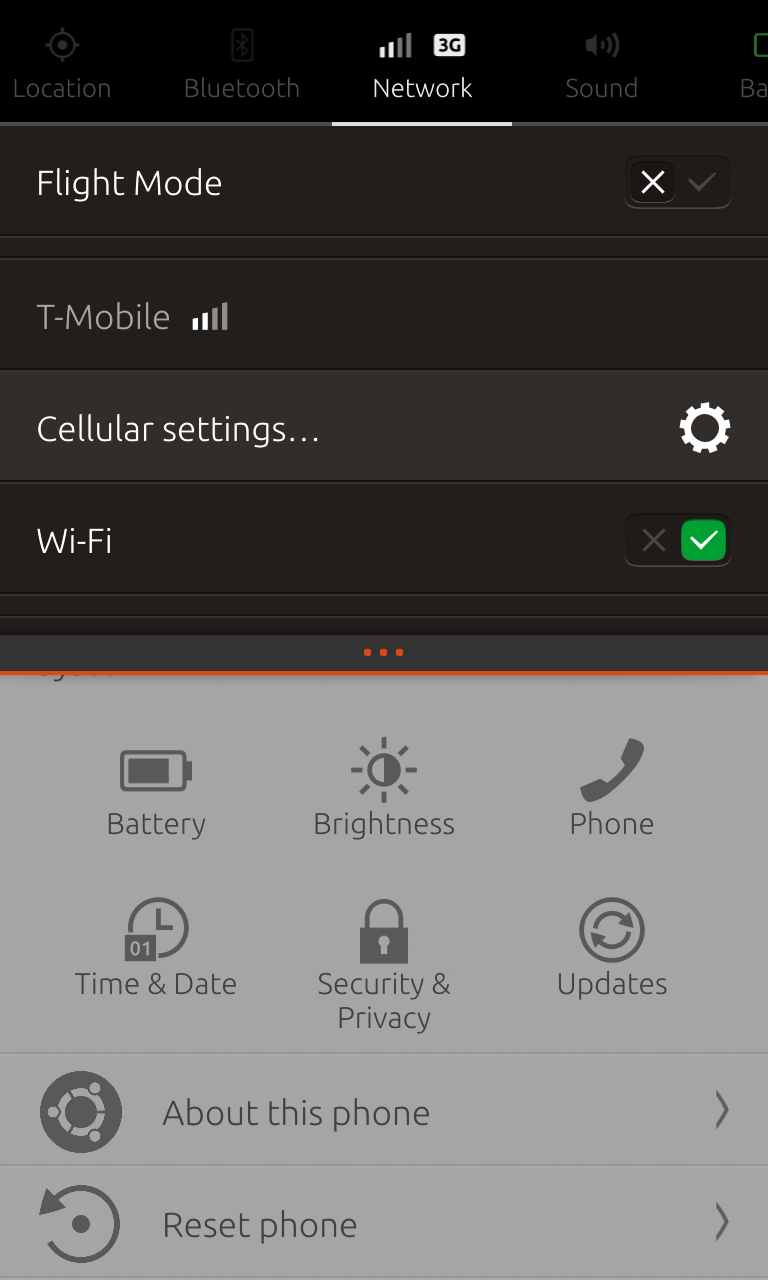 To install app and OS updates we need to connect Ubuntu One account in settings. Updates were quick and smooth. 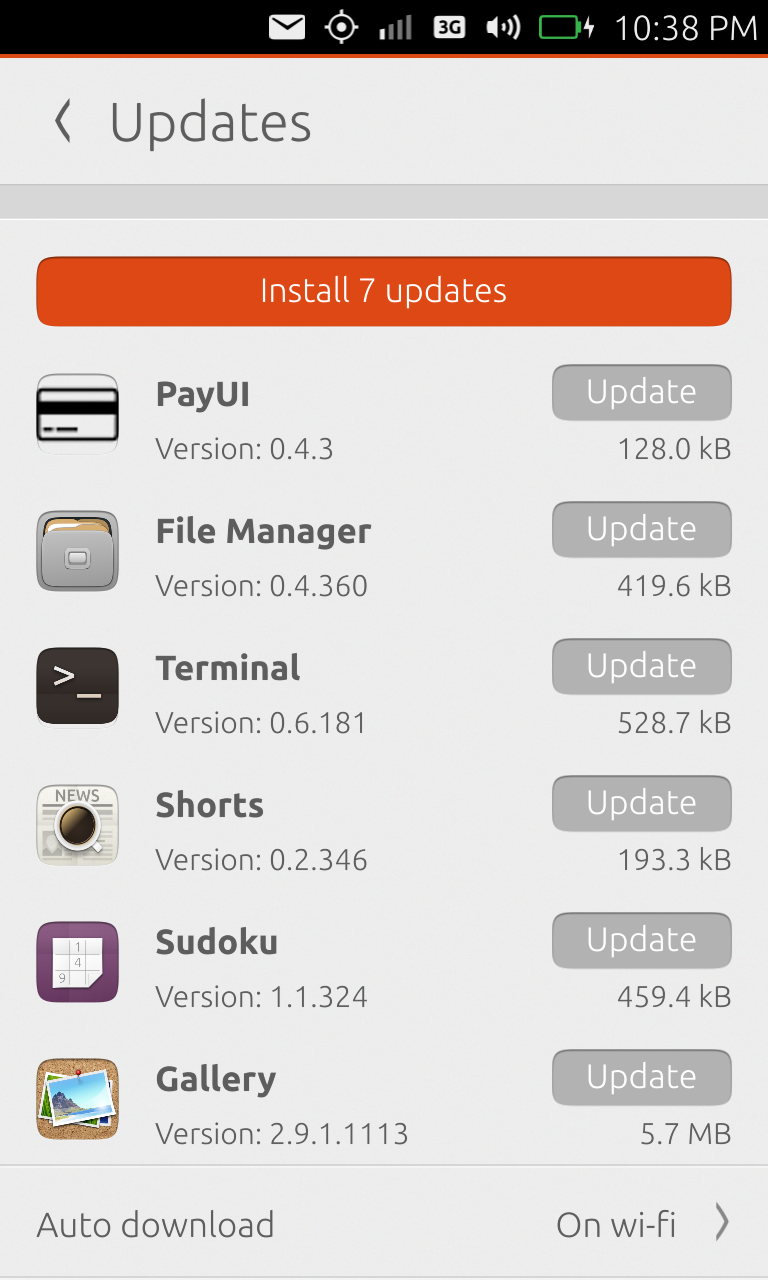 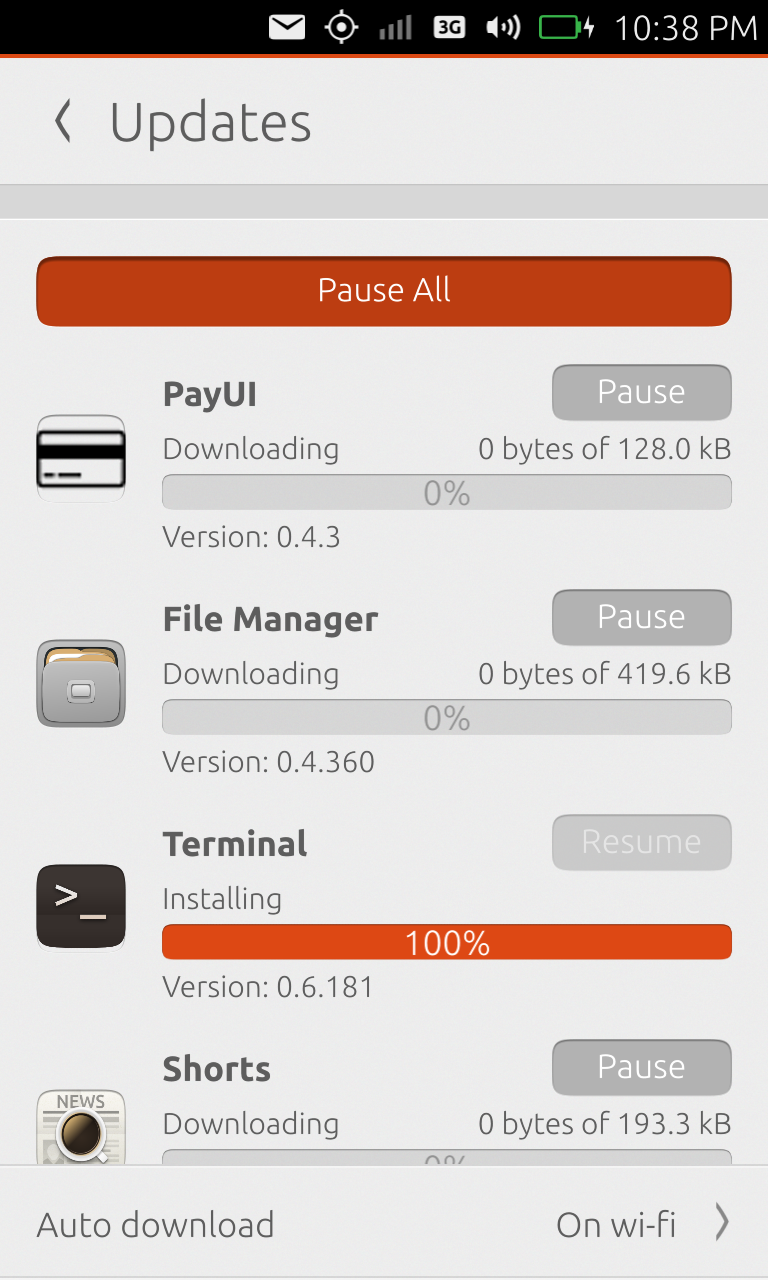 System settings are presented in a clean interface with search option. Though it may not have all the options other phones are providing. But it is only in initial stages of development and we can hope it will improve. 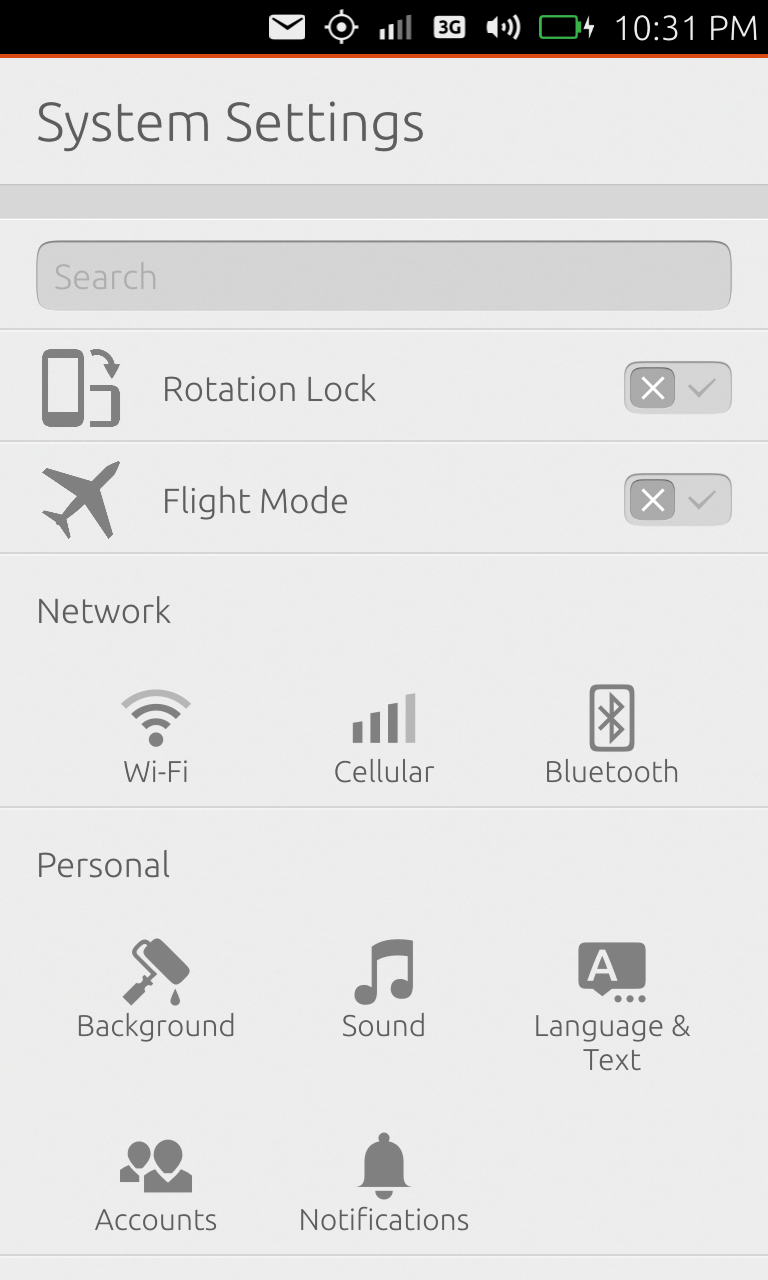 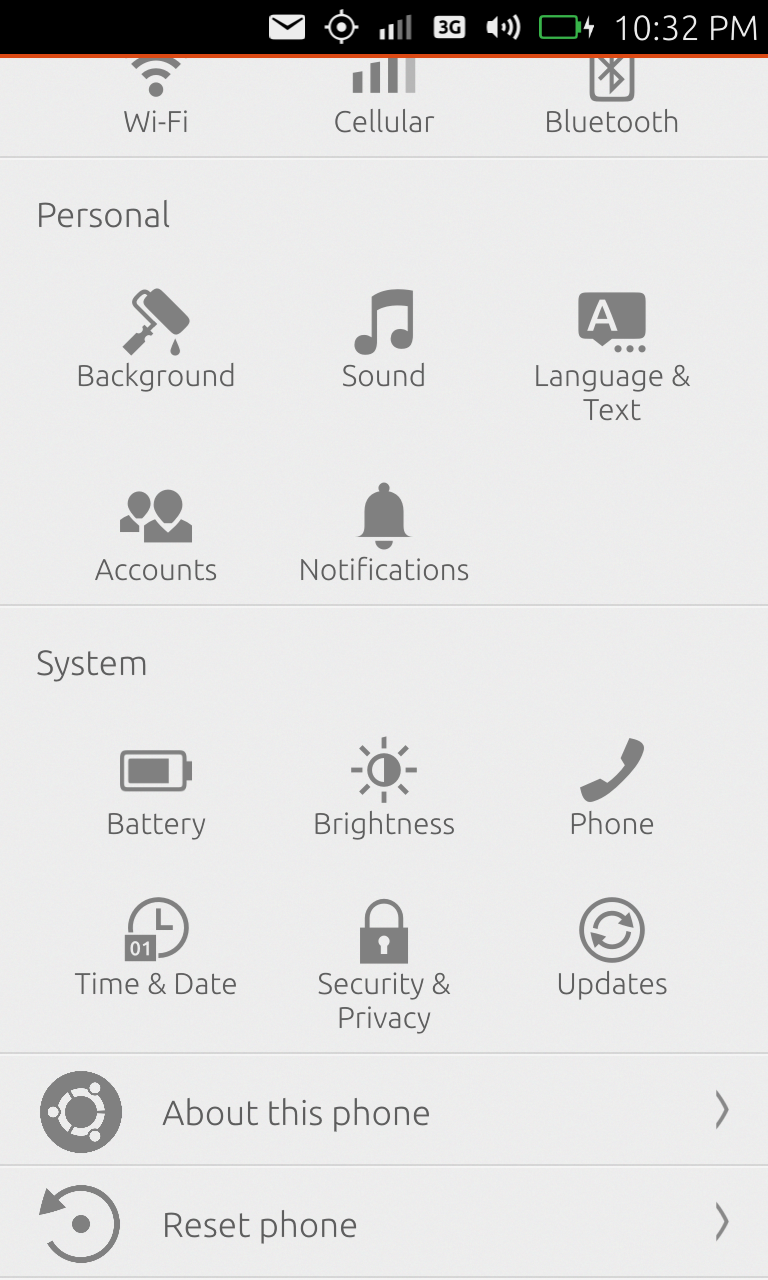 Pretty basic alarm app. Battery consumption on the phone is drastically high. Can be fixed  with software optimizations. 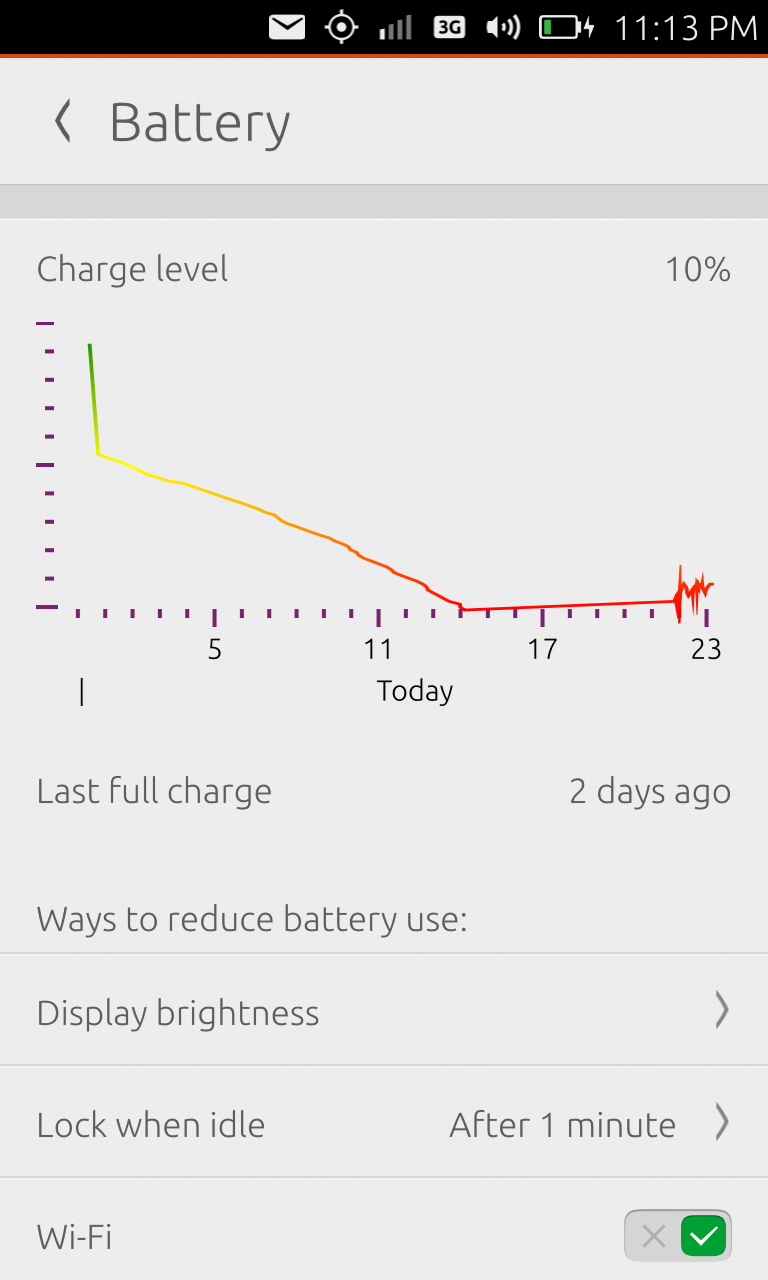 Conclusion
Its whole new way of using the phone for the users who have been  using android and iOS phones from a very long time. Transition to all swipe gesture based OS constitutes huge learning curve and it still behind from its competition by all length and breadth. I feel that it is still quite geeky OS and cannot be your daily driver due to lack of features, lack of apps in the ecosystem, lack of support from developer community and lack of experience in Mobile OS domain. But I am sure Canonical is working hard to give a tough fight.